Is this love? ‘Cause maybe on you it doesn’t look all that different…

Today, we’re talking about Xander, who—despite his total idiocy and wrongheadedness—kinda inspires my sympathy in this one.

Thankfully, I didn’t deal with a whole bunch of teen love drama when I was in high school. I wasn’t so thankful at the time, especially since I was at my best weight in high school, though my boobs weren’t as big as they—you know what? Forget I even took that detour…

(Source Whee, a DW gif on a Buffy blog! It’s like a delicious fandom sandwich!)

So, yeah… This episode sort of kind of picks up where Phases left off, in a way, because Xander is still trying to define his relationship, only now the problems arise because Cordelia might not be—strike that, is not comfortable with that yet. 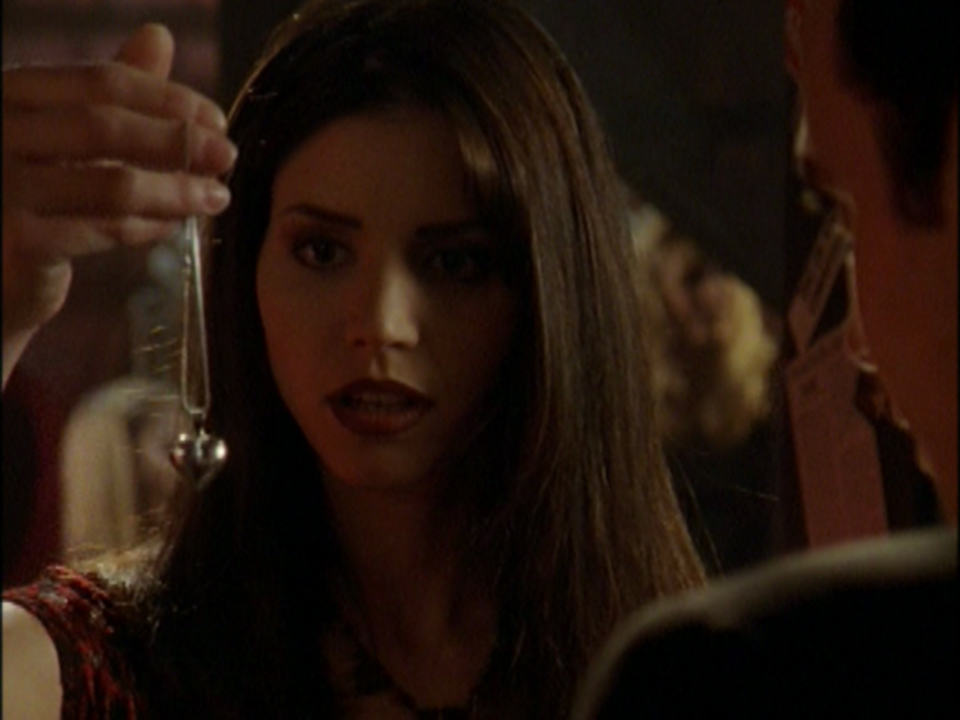 So… we have a problem. Cordy’s insecurities mean she panics and dumps Xander (actually, considering what an ass he becomes, I kinda wish the breakup had stuck, but… hindsight and all that) in order to regain her status as Queen C. Xander, in turn, having learned nothing at all from the motherfucking HELLMOUTH, ropes Amy (who has also not learned a goddamn thing from the folly of her mother) into casting a love spell that predictably backfires and turns Xander into some sort of teenage girl catnip. 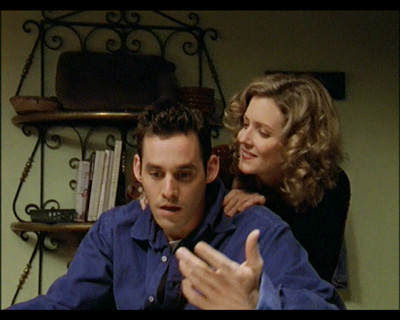 …but that way lies psychological trauma, so we’re not even going there.

As the jilted, Xander even has a parallel in Spike, who’s rapidly losing Drusilla’s affection to Angelus.

Spike, however, has to deal with his issues elsewhere because it is late, and I can’t think of a way to relate “not feeling vampire-y enough to compete with your vamp grandfather for your vamp mother/girlfriend’s affections” to the “normal teen rites of passage” theme. I’m gonna have to get back to you on that. Although it’s great for in-universe character-building, so… there’s that.

In this episode, both Xander and Cordy get to do some growing up.

Through his and Amy’s spell, Xander finds out that real, actual love is not a compulsion or a punishment, but a freely given gift. As Giles points out, the “love” that these women feel is not about Xander, Xander is an object to them. Real love should be more about the loved rather than the lover. Xander cast the spell because he was more concerned about how Cordy embarrassed and hurt him, and he never thought about why she would feel like she needed to break up in the first place. It was more about how he felt than what was really wrong.

Hopefully, the experience also taught him how to deal with being hurt in a mature manner, but you’ll understand if I don’t hold my breath on that one…

As for Cordy, she realizes (with a really awesome speech) that her coolness isn’t derived from who she hangs out with, but who she is, and as such, she can date whomever the fuck she decides to date, thankyouverymuch, and the haters can familiarize themselves with the left-hand evacuation procedure.

Of course, seeing as she’s revised her entire worldview, she has a little moment of panic when she realizes what she’s done, but in the end, she’ll be okay.

Xander, you so don’t deserve her.

For now, though, live Hellmouthily ever after.